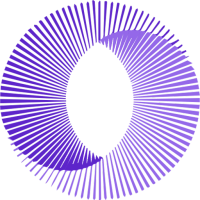 Equipo Motivus
2021-12-20
“Antípodas” is the name given to a project that Chilean President Sebastián Piñera presented at the National Business Meeting (Enade) some weeks ago. Little has been said about it and few details have been informed, but what is known is that it involves taking advantage of the solar potential of the Atacama Desert, the region with the highest solar radiation in the world, to export photovoltaic energy from Chile to China.

The logic behind Antípodas is that the electricity produced, between 200 and 600 GW of photovoltaic generation capacity, would allow electricity to be transmitted to China and other Asian countries when it is daytime in Chile and nighttime there, or winter in Asia and summer in this side of the globe.

The proposal, which still requires further analysis, triggered some preliminary reflections from our side.

Eduardo Galeano wrote in 1971 about Latin America’s open veins. The metaphor illustrated the terrible contrasts between the northern and southern hemispheres of the continent during the last centuries. The United States and European powers made bank for themselves at the expense of Latin American countries, whose fertile lands, rich in natural resources and raw materials, ironically condemned them to scourge and economic dependence.

Antípodas proposes the pricey construction of a long submarine cable that would connect Chile and Asia, through which energy would travel in the form of electricity. A real kilometer-long light bulb, through which our Asian commercial allies would suck a natural resource produced in Chile at unknown costs.

The former executive secretary of the National Energy Commission, Andrés Romero, stated in a letter to the editor that the cost of a submarine cable to transmit 4,000 MW is about USD 10 million per kilometer, which means a cable for only 4,000 MW would cost approximately USD 200 billion. This cost is at least overwhelming, if one also considers the power loss that the system would have: 22.5% (135GW) in a best case scenario and 30% (180GW) in a worst case scenario, an estimate calculated based on the line which extends from Xinjiang to Anhui, built in China in 2019.

One of the questions that emerge in this context is, on the one hand: would it not be better to keep that energy and do something with it? And, going a little further: what can be done to generate such value with that energy that the idea of building a transcontinental cable becomes irrelevant?

According to the Association of Exporters (Asoex), Chile is the main exporter of table grapes in the world. This could have Chile resting quietly in the tireless export of grapes until the end of days. However, a few centuries ago, some visionaries wondered if maybe it made sense to do something else as well, and as a result today Chile is a country with a world-renowned wine-making vocation. If we have the capacity to work with energy and give it value, why not do the same?

Back in 2017, The Economist claimed that data is the world's most valuable economic resource, even more so than oil. With the current use and inevitable future sophistication of algorithms, governments will need to harness the power of data processing to solve problems of the most varied nature, from urbanization to growing demographic changes and from transportation challenges to climate threats and new emerging pandemics.

Somewhat belated, however, have been the advances from the public sector in Chile, although the creation of the Ministry of Science, Technology, Knowledge and Innovation in 2018 is certainly a step in the right direction. The challenge is, we believe, quite clear: to design, create and develop an authentic public and private organizational culture that understands and embraces the enormous potential of data, and leverages its competitive advantage in power generation.

If you want to stay tuned about any updates on the Motivus Framework, or want to know more about how data processing, algorithms, and distributed computing can optimize your business, follow and contact us through our website or social media.